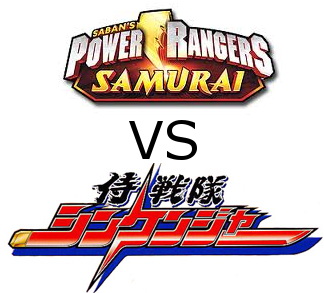 To get this out-of-the-way first, yes I know that I’m reusing the same image. It’s a related article, so there should be no surprise.

Now that that’s out-of-the-way, let’s talk episodes. Like I said before in my last post, we can basically expect Power Rangers Samurai to remake the original Shinkenger episodes to come up with a working storyline. So that got me thinking (oh no, I’ve been thinking, run for your life!), of the 49 episodes, two movies, and V-Cinema series release(s?), what will Saban reuse to make Power Rangers Samurai? What will they remake, what will they change, what will they inevitably have to skip over? And why am I asking so many questions?! Let’s go Act-by-Act, episode-by-episode and make some speculations.

Now those are the episodes, and I want to pretend that we actually got somewhere with that. If we were to include the movies, the special dvd, and the one V-Cinema release, and depending on what they want to use and how long they will try to stretch out the series, they have more than plenty of material to use to come up with 40 episodes (plus a few specials), so I guess we just need to sit back and see what happens. And I need to update my images, maybe some composite of Takeru and Jayden slashing down (NOBODY STEAL THAT IDEA, I CAME UP WITH IT FIRST). And even though anybody who watched Shinkenger knows what’s going to happen in PRS, we will still sit there and watch it week after week. Because it’s Power Rangers, dammit!