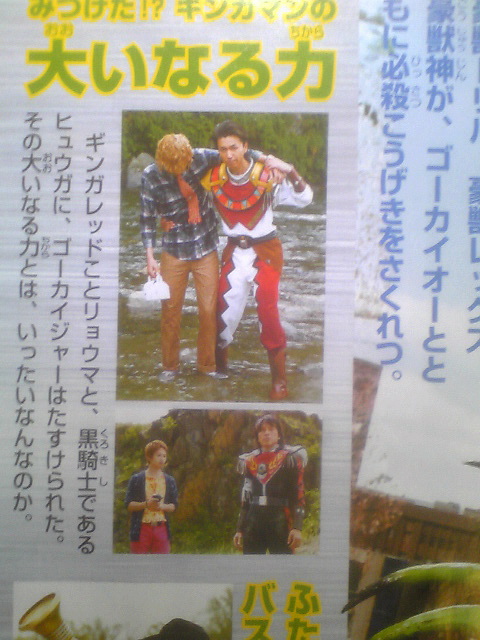 “As expected from you greedy pirates,
you’d even throw away your comrades for a treasure.”

Whoa, wait a second, what’s going on here? Where does that line come into play?

Anyway, we got a good deal of confirmations about the movie the other day, now let’s go over them in a little more detail. 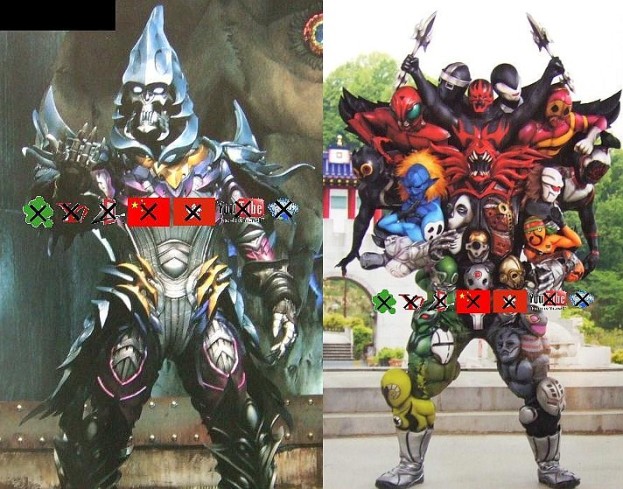 There’s a rumor that a ghost ship is headed towards Earth, and that it’s been collecting the souls of the dead. It’s believed that the ghost ship has rare treasure onboard called the “God Eye”. Believing that the God Eye could help them find the Greatest Treasure in the Universe, the Go-Kaigers go searching for the ship, and the fabled treasure. There’s only one hitch in their plan: it’s said that no one who’s ever entered the ship has ever come out alive. Los Dark, the captain of the ghost ship, is said to have no true body, and plans on using the God Eye to seek out a worthy vessel. 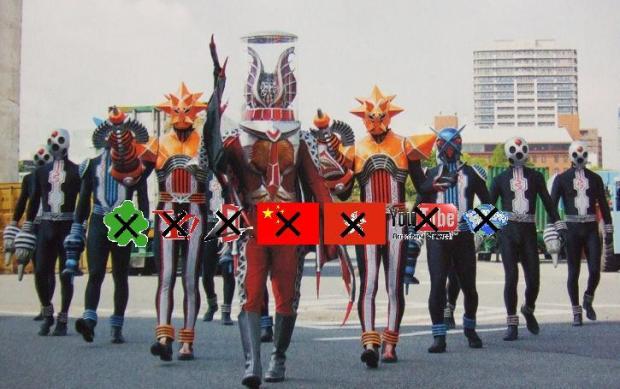 The insides of the ship are a great mystery, and onboard the Go-Kaigers will have to face enemies of past sentais. The hatred that the defeated grunts feel for the Go-Kaigers and all Sentai Rangers causes them to merge into on monster. Thay also run into Agent Abrella (Dekaranger), who informs them that they have collected the souls of 1500 defeated enemies, and a reborn Baseball Mask (Goranger) appears and challenges them to a baseball match (which they play in Goranger mode). And even G3 Princess appears in the movie as cheerleaders(?).

That’s all for now. Try to find out more about it as news comes out. 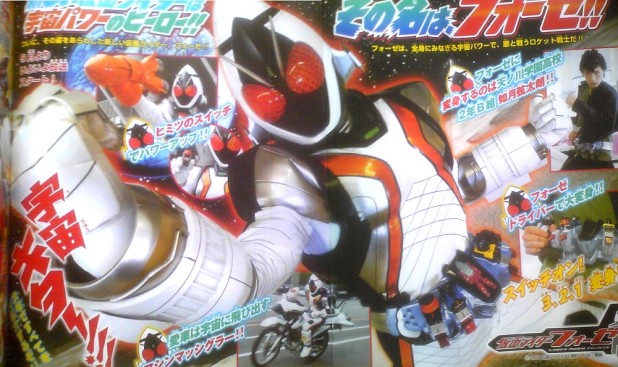 After the MASSIVE confirmation for the Fourze suit yesterday, we are starting to get a truckload of info and rumors about the series, and we getting to know a bit more about Fourze himself, so let’s get to it!

Kamen Rider Fourze is Gentaro Kisaragi (played by Sota Fukushi), a second year, section B highschool student at the Amanogawa Academy. Guessing from his unusual hairdo, he is a bit of a delinquent. He fights monsters created by a mysterious space energy, so he will also go into space to fight them.

Kamen Rider Fourze uses “Switches” to gain additional weapons, and he has four weapon slots on his belt. The only confirmed weapon so far is the rocket on his right arm, but he does have three others, and each of these weapons is represented by a specific shape, similar to the shapes of the buttons seen on a Playstation controller: a circle (for the rocket), a square, a triangle, and a cross or x-shape.

His bike is called the “Machine Masshigura”, and like him, can take off into space. “Masshigura” refers to full acceleration or full tilt.

Of course, his belt is called the FourzeDriver, and contains four weapon Switch slots and a “Henshin Switch” in the middle of the belt. There is a caption on the scan above (next to a close-up of the belt) that reads “Switch On! 3,2,1 HENSHIN!”, so we’re going to assume that that’s the henshin sound.

Beyond the stuff about Fourze himself, real or otherwise, he also have some cast info that’s made it’s way onto the interwebs, starting with: Kasei Kengo played by Takahashi Ryuki (the person we originally expected to play Fourze), Joujima/Joushima Yuuki played by Shimizu Fumika (the first confirmed actor/actress in the series), Miwa played by Sakata Rikako, and JK(Jake) and Yazawa Tomoko played by unconfirmed actors.

And as icing on this big ol’ rumor cake, we have the rumored story for the first episode:

Episode 1: “Him→Me→Switch→Transform”
Gentaro Kisaragi, a student in Amanogawa Academy High School’s 2B, is suddenly attacked by his teacher who was covered in mysterious space energy. He seems to be in an absolute pinch. But out of nowhere, the transfer student Kasei Kengo hands him some switches and a mysterious belt.

Hmm, sounds intriguing. Hopefully, we’ll get to know more about him as we get closer to the September 4th premiere.