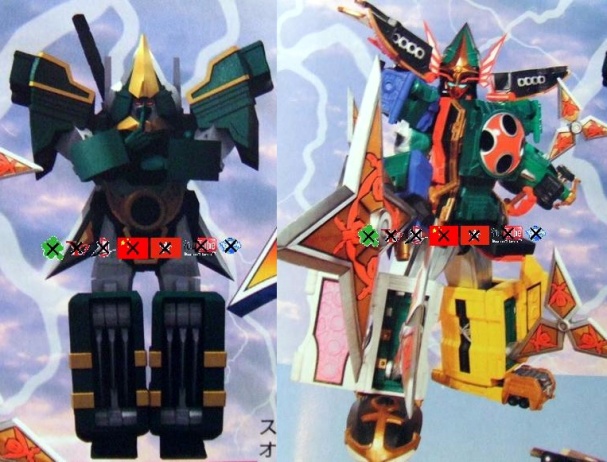 Here are two leaked images from this epic special: 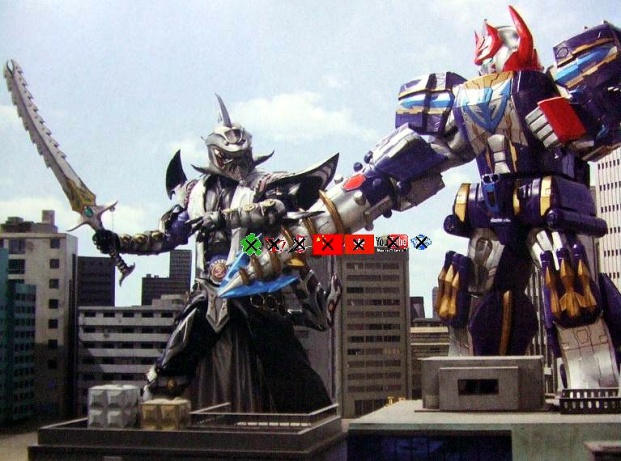 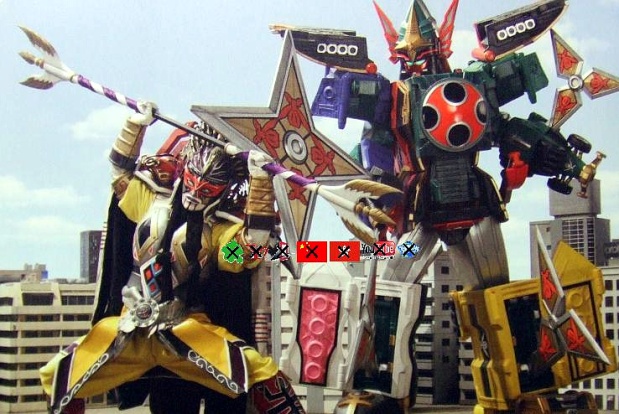 These are the two Action Commanders from this special (appearing alongside each other), Satarakura Jr. and Sandaaru Jr., both are Space Ninjas, and both pose a major problem for the Go-Kaigers, who have no experience dealing with ninjas of any sort. They need the Hurricanger’s Grand Power to defeat them, but the Hurricangers don’t trust the Go-Kaigers, and hesitate to give them that power. Instead, they take their particular RangerKeys so that they can save the world from this new threat. I’m guessing that doesn’t pan out the way they think, does it?

Here are some episode summaries for the next four episodes:

After spending so much time there, he remembers how to make takoyaki. When the Gokaiger’s meets Jealoushit again, Don feels like Jealoushit is  more like a disciple rather than a pet. Jealoushit tells the Gokaiger’s  that his dream is now to open up the first space takoyaki stand.

Episode 25: Pirates and Ninjas – 08/14
Satarakura Jr. and Sandaaru Jr. starts wrecking havoc by turning people  into chestnuts. Satarakura. Jr is collecting these chestnuts for some  reason. The Gokaigers are having trouble fighting the Space Ninjas. But  suddenly, 3 other ninjas appear.

Episode 26: Shushuuto THE SPECIAL – 08/21
Marvelous, Luka and Joe are transported to Satarakura Jr.’s “Boki Space.” Yousuke, Nanami and Kouta break into the Boki Space, while Marvelous falls into the worst situation.

Episode 27: A More Than Usual Gokai Change – 08/28
The Action Commander Regaeru appears. After receiving an electric shock from Regaeru’s attack, Luka and Don aren’t able to fight properly. The two of them switched bodies.

And finally, we have some toy pics for Go-KaiMachine FuuRaiMaru and for the next RangerKey set: 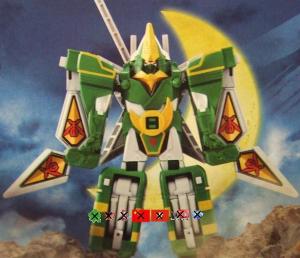 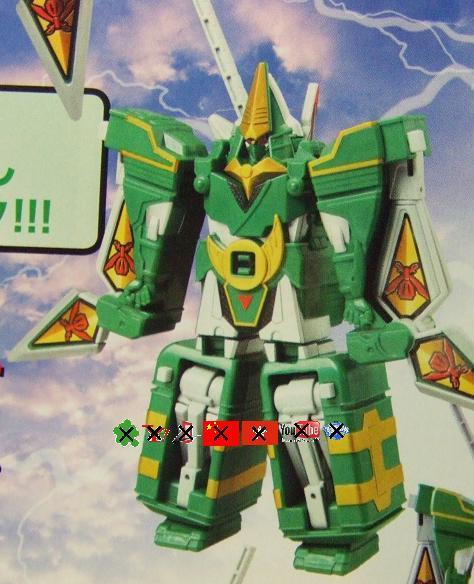 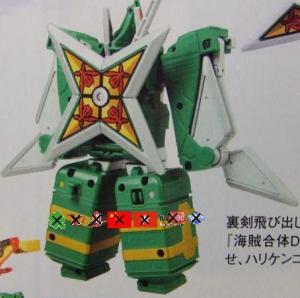 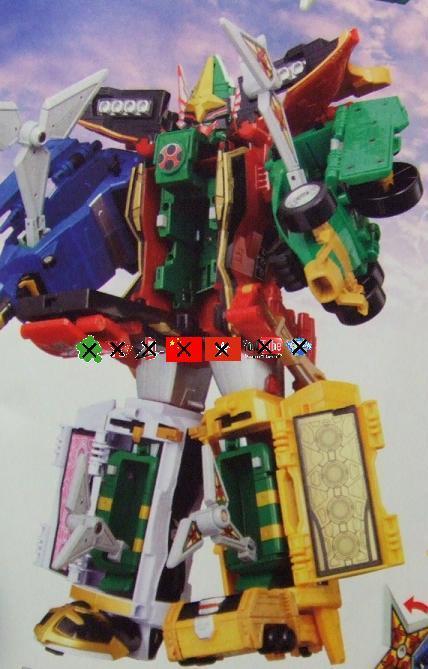 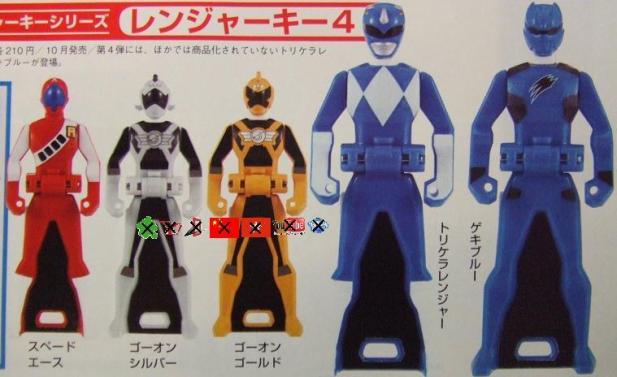 This RangerKey set (I believe it’s a Gashapon set) features Spade Ace, Go-On Wings, Tricera Ranger(!), and GekiBlue. I see we’re starting to make our way through the other Rangers now.