Now I know what your thinking from the title, “Holy Crap! What kind of show are they making?”, but calm down, it’s not that kind of gender reassignment. Although now that you mention it, who are you to judge?! But seriously, no, it’s not that at all. This has more to do with the speculation over how many members Go-Kaiger will end up with. You see, when the rumors about Go-Kaiger started popping up, a good deal of them dealt with the possibility that there may be more than one senshi with the same color, like say, a male and female yellow, or a male and female blue. Other rumors included the possibility that there would be a number of extra senshi that would have a wide spectrum of colors in order to fill the color gap, such as the Go-KaiBlack rumors. But, according to recently released photos and screenshots, it seems that neither of these rumors were ever true.

There are two main sources that put the final nails in the coffin for these rumors. The first is the released footage from the Goseiger Vs. Shinkenger movie, that shows the entire squadron changing into red senshi from the previous five seasons. That’s a huge indicator that show that clearly any one of them can turn into any previous senshi. The second source comes from a magazine (publication unknown to myself)that has both a two-page spread where each of the senshi are surround by all the previous senshi they will change into in the show AND a foldout poster that feature them in the center and images of the team changed into previous teams organized around the poster. And let me put it this way, there are a number of them who are wearing skirts now that weren’t before, and there are even a couple missing skirts.

Well, here’s the skinny of how the teams will be worked out. Basically, all past yellow senshi are now female, all past blue are male, and Go-KaiGreen will mostly be changing back-and-forth between green and black. Now it’s not completely strict to that. Go-KaiPink, for example, will change into Black Bison from Liveman, KuwagataRaijer, GekiChopper, and Go-OnBlack. Go-KaiYellow will also take the role of Big One from JAKQ, and ChangeMermaid. And Go-KaiGreen will also change into KabutoRaijer. And in two cases the full team isn’t there. SunVulcan only has three senshi, and Abaranger doesn’t include AbareKiller. The only real consistency is that, at least on that poster, red is always male. But considering the possibility that any of them could be any one of those past senshi, who knows what could happen!

But, at the end of the day, who can really say for certain what will happen, and who cares? As long as they do a decent job with it, and they’re able to get past the problems that have shown up in other series that have done the same thing already (although I would like to say that I liked Kamen Rider Decade, even if some people absolutely hated it). And besides, when they’re not past senshi, they’re pirates, and pirates are always cool, mostly. 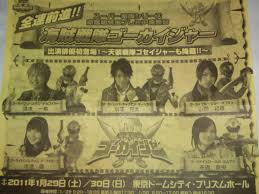 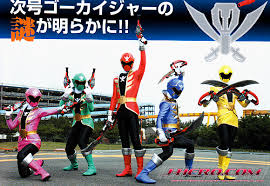 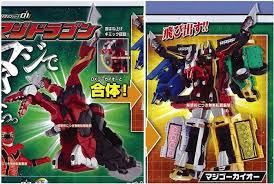 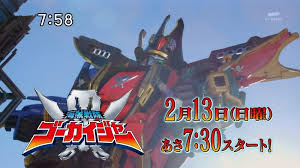 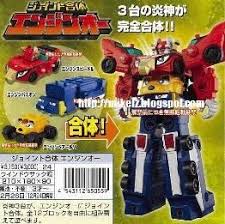 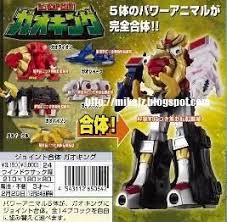 Some pics from the upcoming toy line and their new changer called the Mobirates (I’d like to see just how they pronounce that): 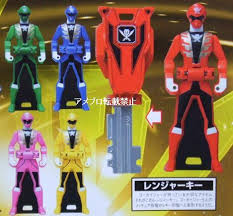 And now for just a few random pics: 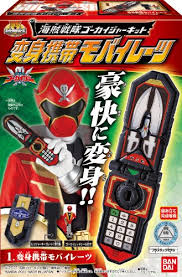 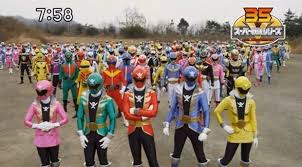 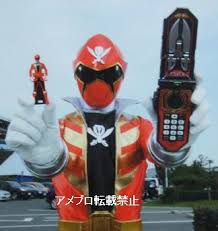 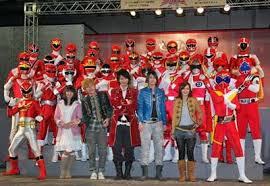 Well, there you go. 79 Go-Kaiger pics all in one place. Now get away from me bootie!

So the cast of the new super sentai was recently confirmed. Let’s take a look, shall we?

According to the forum sites (image stolen from rangerboard by thieving bloody pirates!), the cast is as follows:

This does seem to be the final confirmed cast, but this is still in the realm of internet rumors. There really is no way of telling until they start to promote the new series. But most everyone agrees that this will be the final official cast. Personally, I can’t wait until the annual press conference to see if this is real.

Now there are still other rumors about the series, but most of them are unconfirmed. The two biggest I think would be the two hundred senshi rumor, and the Go-KaiBlack rumor. Supposedly, there will be a total of two hundred sentai senshi to appear over the course of the series, but most people don’t know who exactly will be featured. Beyond getting past and present cast members to return to do the series, the main issue with this is that, despite the fact that the show will have been around for 35+ years (the 35 years isn’t actually the real number, since the series premiered well before then), there aren’t 200 past senshi, at least if your counting main cast members, so no one knows who the  rest will be. And as for the Go-KaiBlack rumors, well there have been possible cast “confirmations” before, but given the sentai‘s current make-up, there probably won’t be a Go-KaiBlack. But there probably will be more than one special senshi given the various team make-ups, and the fact that this series is supposed to be a sentai-equivalent of Kamen Rider Decade.

Well, these are just possibilities at the moment. When anything new pops up, or any other rumors are confirmed, I’ll let you know. In the mean time… hey wait,… where did my… what, HEY… come back here… BLOODY PIRATES!!!

UPDATE: This is infact the new cast, and the first preview premiered this sunday following the newest episode of Goseiger. (12/26/10)

UPDATE: The names of the characters have been confirmed. They are as follows:

UPDATE: There’s a second promo thats been released. It Includes a panning shot of almost every sentai squadron, an individual look at the actors, and a sneak peak of Go-KaiGalleon in action. You can check it out on YouTube, provided you watch it sometime soon.

UPDATE: (1/23/11) There have been some images taken from the Goseiger Vs. Shinkenger movie, specifically from the scene where Go-Kaiger shows up, that shows them in action. Apparently, not only can they each change into previous senshi from past Sentai, but they can each change into ANY of the past warriors, they aren’t restricted to senshi of the same color. And when they change into a past senshi, the personal logo from that sentai appears in front of them. In fact, in that scene, they each change into red senshi from the past five seasons. Gotta tell ya, that just blows the lid off of a lot of the rumors floating around at the moment. For Go-Kaiger pics, check the most recent Go-Kaiger post.

Ahoy, land lubers! As you’ve seen by now, and probably have heard by now, the following season of Super Sentai coming next year will be called Kaizoku Sentai Go-kaiger (and yes, they’re spelling it this way). Along with all the rumors that have been circulating now, a new promotional poster has been “sailing” from site to site all day.

As you can see, they are really rocking the pirate theme. Its also important to note that this series marks the 35th anniversary of the Super Sentai franchise. I must say that the costumes look great, and its nice to see that they each have both a sword and a gun for side arms instead of one or the other, or some horribly amalgamated gunsword. They also went with the standard team colors of RYBGP, because there had been rumors of a team consisting of a variety of colors rarely used in the Super Sentai world. For general facts (mostly rumors) about the upcoming show:

My main concern iwth this series, though, is the fact that it is themed around a popular subject. Nothing wrong with pirates, but whenever they use a theme that is based off of pop culture reference, they often don’t have an overwhelming success with it. While there are planty of contradictory examples of that, I would like to point out that it has only been in recent times that they’ve run into this problem, and it’s usually because it’s a more Western theme. Its mostly due to the writing, unfortunantly, because its too easy, and too tempting, to fall into a million clichés about the subject. Not to mention the fact that since its following the Decade model, there is that concern of running into the problems that decade had. As long as they can get around these issues, it will be a great series. Even if they can’t, I have a feeling that it will still be a great series.