Big news for Go-Kaiger! It looks like all three members of Ninpuu Sentai Hurricanger will appear and reunite in the Go-Kaiger Hurricanger tribute episode!

Shioya Shun (Shiina Yosuke/HurricaneRed), Nagasawa Nao (Nono Nanami/HurricaneBlue), and Yamamoto Kohei (Bitou Kouta/HurricaneYellow) will all be returning in the Hurricanger tribute episode, where the Go-Kaigers will go up against Sandaru Jr. and Satorakura Jr., descendants of villains bearing the same name (I’m not familiar enough with Hurricanger to know who they were, sad to say). This will also be the episode where the Go-Kaigers recieve FuuRaiMaru as the Hurricanger’s Grand Power. 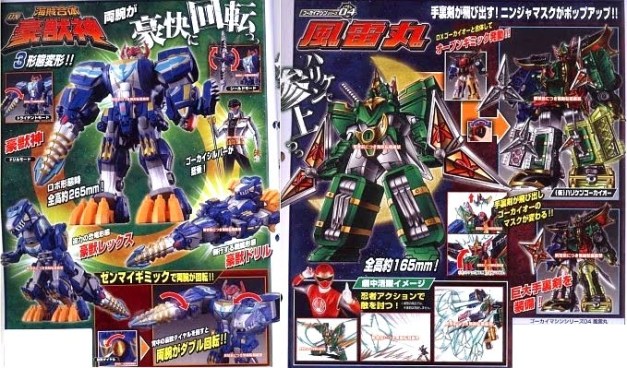 This is AWESOME! It will be the first time an entire sentai team will be reunited in the series. It might only be the three Hurricangers, but that’s how their series started. I’m sure sometime after this, a full five-man team (not intended to be a pun or spoiler) will pop up in a tribute episode, and from there, whole 6+ member teams will be making regular appearances. I know that’s just a wild, impossible-to-pull-off idea, but you never know what will happen with this series. 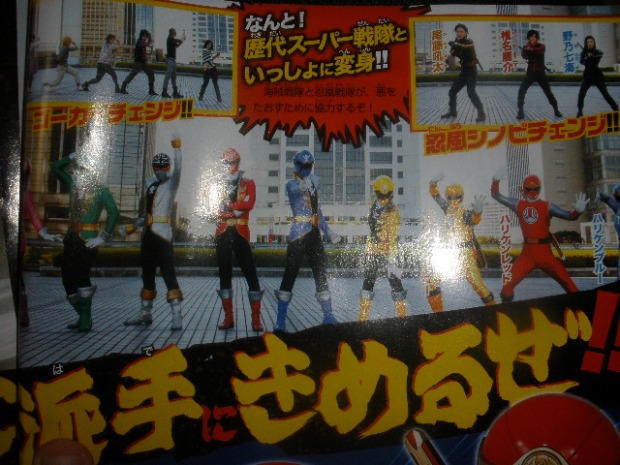 That’s right, they’re not just going to be there, watching the others fight from the sidelines, they’ll be out there and fighting with Go-Kaiger as well.

And here’s the first real look at HurricaneGo-KaiOh. 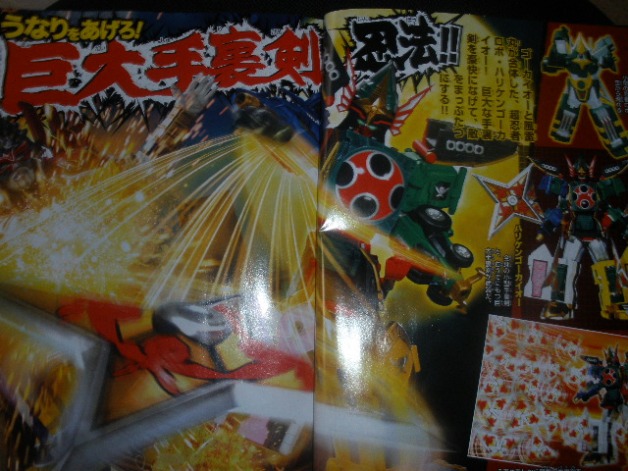 As you can see, he mostly uses shuriken based attacks and finishers.

And this is the new Go-KaiMachine, FuuRaiMaru. By combining with him (and yes, it’s a him) they can form HurricaneGo-KaiOh.

No word yet on what episode this will be on, or when.