Check out this new campaign from Power Rangers Samurai for Halloween, promoting both safety and some pretty sweet costumes!:

And that’s not all! If you go to PowerRangers.com/Halloween, you can find a host of safety tips, fun downloadable content such as print-outs and stencils, and direct links to online stores selling Power Rangers Samurai costumes (Sorry, kids sizes only). Here’s a small sampling: 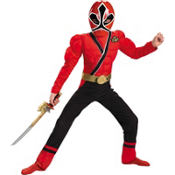 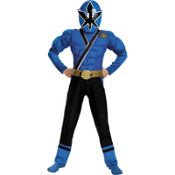 (Sorry, no Green or Yellow Cotumes)

Looks like the Samurai Rangers are all ready for Halloween, are you?

The Time has come! For the first time since PROO, we finally have an official crossover event, bringing together the new mythos with the old! It was announced by Saban Brands, along with two other upcoming PRS specials. Here’s the full announcement from Cynopsis Media:

“Marvista Entertainment and Saban Brands will debut three new Power Rangers Samurai TV specials (2×30, 1×60), based on the new TV series of the same name.  Featuring the Samurai Rangers, the new specials include:

Oh boy! A Halloween, Christmas, and Crossover Special! All of this, and it’s not even my birthday! With all of this coming (and considering the fact that these kind of specials haven’t been made in years) we can definitely say without a doubt that Power Rangers is back, and better than ever!